This is an old version of the program. It’s no longer supported and updated with information about recent competitions. For the latest edition, download EuroSinging 5.

EuroSinging 4 was our state of the art application for 7 years (2012-2019). It is based on SQL server and it required .NET Framework 3.5. The database is updated until Eurovision Song Contest 2018 in Lisbon, Portugal by update files (see below). The multimedia links for entries are downloaded on demand. EuroSinging 4 is translated to 5 languages (Danish, French, Greek, Spanish and Turkish) 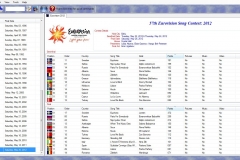 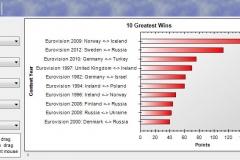 Right click the above link for the contest you want to add and choose “Save As…“. Double click the file you downloaded (extension .es4). EuroSinging will run and update the database.

You can download update packages from inside the application. Select “Edit Database” / “Update Packages” and double click the contest that you want to add or update.